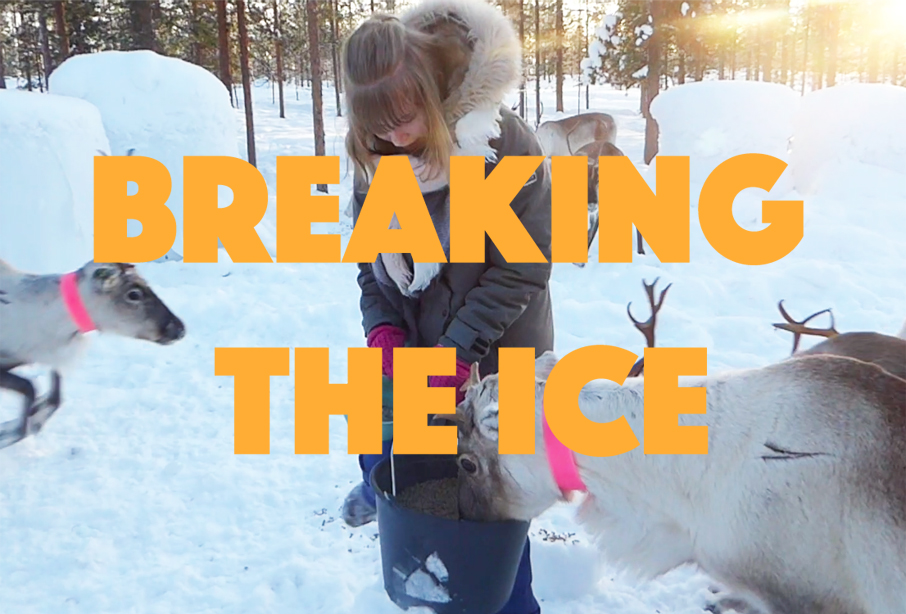 This spring we mark the Year of Young People in Scotland 2018 with the exciting new Highlight Arctic project: BREAKING THE ICE.

Breaking the Ice partners young filmmakers in Scotland with their peers in Arctic Finland for an exchange of short films. With this project we aim to spark discussion between youth living in each region and learn from them directly about the issues most important in their lives and locales at a time of heightened environmental and political change.

The project is set up as a dialogue, with groups responding to each others’ work. Throughout the month of May, we have been working with St Joseph’s Academy from Kilmarnock, Scotland and Aleksanteri Kenan koulu (Aleksanteri Kena School) from Sodankylä, Finland. The resulting string of films will be screened as one ‘conversation’ in June with our partners Midnight Sun Film Festival in Finland, and in Scotland later in the year. We have also set up a blog-site for the project, where some of the exchange materials and information will be available throughout the project.

Breaking The Ice continues Highlight Arts’ work mobilising art to gain a more nuanced and empathetic understanding of complex global developments. For young people to connect with peers across borders in a direct, creative, engaging and interactive way will foster a richer and deeper understanding of each other and each other’s lives than is gained through more passive news and social media. These are the very first building blocks towards global citizenship and the practices of collaboration, common-understanding and ability to solve problems across borders, skills that our future depends on. The current exchange is a pilot run for what we hope can be developed into a model for bringing young people together and into a dialogue through creative expression.

For Breaking the Ice, we are collaborating with the internationally acclaimed Midnight Sun Film Festival (MSFF). Taking place in Sodankylä, north of the Arctic Circle, this exceptional festival was founded in 1986 by the Finnish directors Aki and Mika Kaurismäki and Peter von Bagh. Without any formal restraints, the festival is best characterised by its pure love for the art of filmmaking.

The project is supported by the Finnish Institute and Into Film.

Call of the North is voted Best of the Fest!