Jessi Thornton on the illusion that the Arctic is an empty frontier, and why our forthcoming Highlight Arctic project attempts to address these misunderstandings.

The Arctic. When you hear its name, what do you think of? Miles of treacherous, frozen emptiness? Images of polar bears desperately clinging to crumbling islands of ice?

We have all heard the statistics and seen the images of the direct impacts that global warming is having on the world’s most northerly region, and the media is very good at using the Arctic as a warning for what is to come if our society fails to take action to prevent further environmental degradation.

However, we are rarely presented with the idea of the Arctic as a home.

The image of the North as being an empty frontier, ready to be claimed, has fuelled a rush by diverse interests wanting to take advantage of the ever decreasing sea-ice and the opportunities which this presents. Shipping industries are interested in increasing traffic through the Arctic, oil and gas companies are thirsty for new opportunities to extract more natural resources from the ocean floor, and Arctic states are eager to prove their sovereignty in the resulting geo-political scuffle. On one hand the melting ice is thus being portrayed as a symptom of a natural disaster which will have terrible impacts on human health and security, but at the same time our capitalist world cannot help but drool over the economic opportunities which this presents. The cruel irony is that the oil which will be sucked from the Arctic Ocean floor, if companies like Shell have their way, will simply contribute to our ever-warming planet. 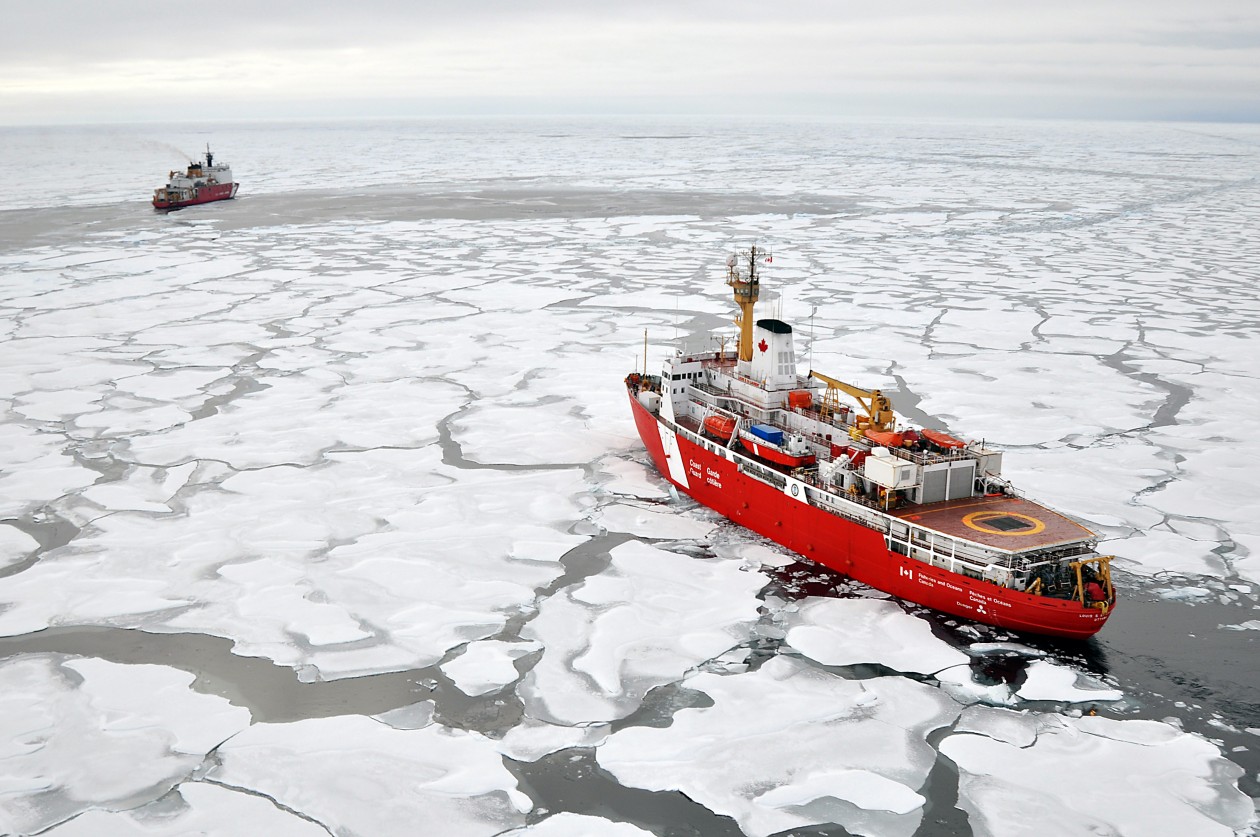 This image of the Arctic as an empty frontier is a convenient illusion for these interests, but it is exactly that- an illusion. The Arctic is home to thousands of people, of many cultures, languages and histories, and many of them indigenous to the region. A 2008 report by the Inuit Circumpolar Council of Canada reminded newcomers that “Inuit have lived in the Arctic for thousands of years and intend to live there for thousands more”¹. And while decisions about the North are being made by politicians further south who may have little, if any, understanding of the needs and concerns of the world’s most northerly communities, the people who call the Arctic their home face very immediate, tangible challenges. Climate change is threatening the way of life and food security of many communities, for example with cases of coastal erosion resulting in villages literally falling into the Ocean. Furthermore, increased shipping traffic in areas such as Alaska’s Aleutian islands creates a ubiquitous concern that another disaster such as the Exxon Valdez oil spill could be on the horizon, especially as long as there are no proven viable or safe ways of cleaning up such a spill in the Arctic Ocean.

All of these political, environmental and economic discussions are being negotiated on the international scale in the meeting rooms of one political forum – the Arctic Council. My experience with the Arctic Council has predominantly come from an internship with the Inuit Circumpolar Council, and more directly through the research I conducted for my Master’s Degree on the Arctic Council’s efforts to include the traditional knowledge of Arctic indigenous peoples into its projects and activities. As an intergovernmental forum the Arctic Council consists of eight Arctic states (Finland, Sweden, Norway, Denmark, Iceland, Russia, Canada, and the United States) and six Indigenous Peoples’ Organizations (the Arctic Athabaskan Council, Aleut International Association, Gwitch’in Council International, Inuit Circumpolar Council, Russian Association of Indigenous Peoples of the North, and the Saami Council), as well as observers from various non-Arctic states and organizations. The creation of the Arctic Council in 1996 represented a new chapter in Arctic cooperation, and the forum has been instrumental in efforts to protect the Arctic environment and support sustainable development in the region. Now the Arctic Council has grown to become one of the leading political forums in the North, and with the changes previously mentioned, it will surely see its influence grow. This year, the United States will take over the chairmanship of the Arctic Council, and while they seem dedicated to continuing to work closely with the Indigenous Peoples’ Organizations, only time will tell whether rhetorical support will actually translate into concrete action, especially with regards to material support for indigenous priorities and the equal use of traditional knowledge within scientific projects. For despite all the leaps and bounds made within the past years, inequality continues to afflict negotiations and discussions between states and indigenous communities.

So, what does this have to do with the Arctic Festival? My biggest hope is that it contributes to dispelling this myth of the Arctic as being barren, for it certainly is full; full of life, full of culture, full of art and dance and stories. I really hope that after this festival, if you were asked once again to think about what the Arctic means, you would no longer see the empty, icy desert, but think of the people who call it their home. Because even though we may feel thousands of miles away from the Arctic here, whatever happens in the Arctic will affect each and every one of us.

In the words of Sheila Watt-Cloutier, the former chair of the Inuit Circumpolar Council:

“The Arctic is a barometer for the health of the world. If you want to know how healthy the world is, come to the Arctic and feel its pulse.”² 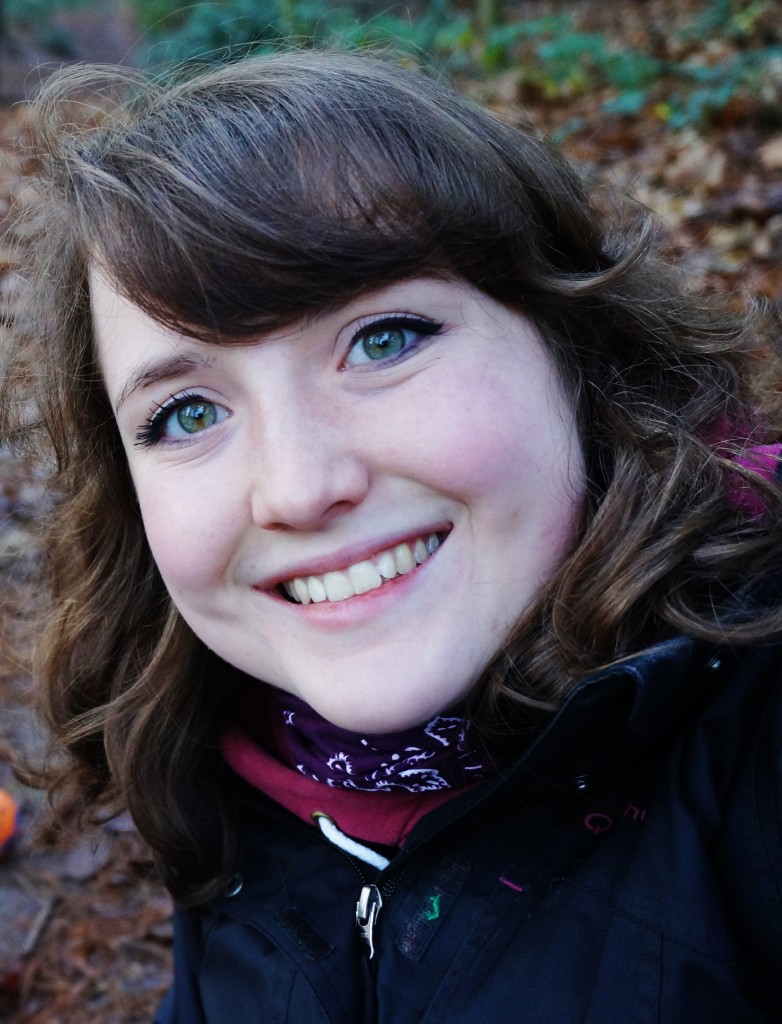 Born in Finland and raised in the Netherlands, Jessica has spent the majority of the past six years in Scotland and recently graduated with a Master’s degree in Environment and Development from the University of Edinburgh. A passion for environmental justice and indigenous rights led her to intern with indigenous organizations in Bolivia and Alaska, and her Master’s research focused on the Arctic Council’s efforts to include traditional knowledge of Arctic indigenous peoples into its activities and projects. She recently moved to Alaska to pursue her interests in Arctic conservation.