Dispatches from Highlight Arts project co-ordinator Yasmin Al-Hadithi who explores how she, an Iraqi Brit, becomes the lead organiser of an Arctic Festival.

This year we are organising Highlight Arctic which will take place in 2017. Leading up to the festival will be series of events, kicking off at the Edinburgh International Science Festival.

“Have you brought the sun with you?!”, he shouted excitedly. “For three months now, I haven’t seen the sun!”. The words of Mohamed Jabaly took a minute to sink in. Having only been in Tromsø for two days at that point, I had somehow neglected to notice that sun hadn’t yet made it over the horizon. There was daylight — but it was a deep, brooding kind of light. A two hour long dawn-cum-dusk. An impossible light: Rich and saturated and flat all at once. The kind of light that, when captured in a photograph, doesn’t quite look real.

Earlier that evening, I had been at the Verdensteatret Cinema bar consuming a most outrageously priced sandwich and coffee, watching a massive crowd gather and swarm around the entrance to the auditorium. “What’s that queue for?”, I had asked my new friend and guide, the young Sami architect, Joar Nango. “I think that’s for the premiere of Ambulance,” he replied. “By a Palestinian guy who’s staying here. We can meet him later if you like. It’s a local co-production… Tromsø is twinned with Gaza, you know. Since 2001.”

Now I found myself with Mohamed, staring out of the window contemplating the lack of sun… “So, what brings you up here?”, Mohamed asked. “You’re here for the festival I guess?”. I replied that, yes, I was there for TIFF (Tromsø International Film Festival). I explained that I was on my way to visit the Sami Centre for Contemporary Art in Karasjok, but had come to Tromsø as I’d heard it was an interesting town, with a lot of art, and that the Film Festival had a programme dedicated solely to Films from the North. I wanted to garner a better understanding of the concerns of the people, artists and filmmakers living and working in this particular region, at this particular moment. Mohamed nodded.

“I’m organising an Arctic Festival in Scotland later this year, you see,” I continued.

It is at this point in my introductory spiel that I usually pause a little to allow people their seemingly mandatory, “Why?”. But he just beamed at me and said, “That’s great!”

His lack of curiosity threw me a little. That – coupled with his comment about the lack of sun, and the fact that I noticed I had been staring past him at the icy vista out of the window for some time now – spurred a moment of existential angst (not unfamiliar to me): Why was I there, watching Films from the North? Why had the idea of the Arctic always been so enticing to me? How had I, at the age of 8, decided it was essential I go fishing in Alaska before I die? My family had not long before made the move from Iraq, and I had yet to feel properly at home in London. Maybe it was that I’d been shown so many pictures and told so many stories of the Euphrates – the river beside which my father and grandfather had grown up (one that I would unlikely return to in my lifetime). Maybe those generational tales mixed in my young mind with the quirky but beautiful images I was seeing on Northern Exposure*  which my older brother and I had been watching together in its first season on Channel 4. And one word had stuck: Arctic.

[*Northern Exposure is an American TV series (1990-1995) in which a doctor from NYC is sent to practice in a small town in Alaska. A quirky ‘fish out of water’ tale complete with eccentric, gun-wielding townsfolk, moose, bears, and a whole lot of fish. To its credit, Northern Exposure did make serious efforts to challenge and subvert stereotypes, while still using them to attract an audience interested in ‘the other’. Perhaps this is in some way what we are doing with Highlight Arctic. People may come to us looking for scenic splendour and examples of ‘unsullied’ indigenous practices – but they’ll also find a whole lot else they weren’t expecting. And that can only be a good thing.] 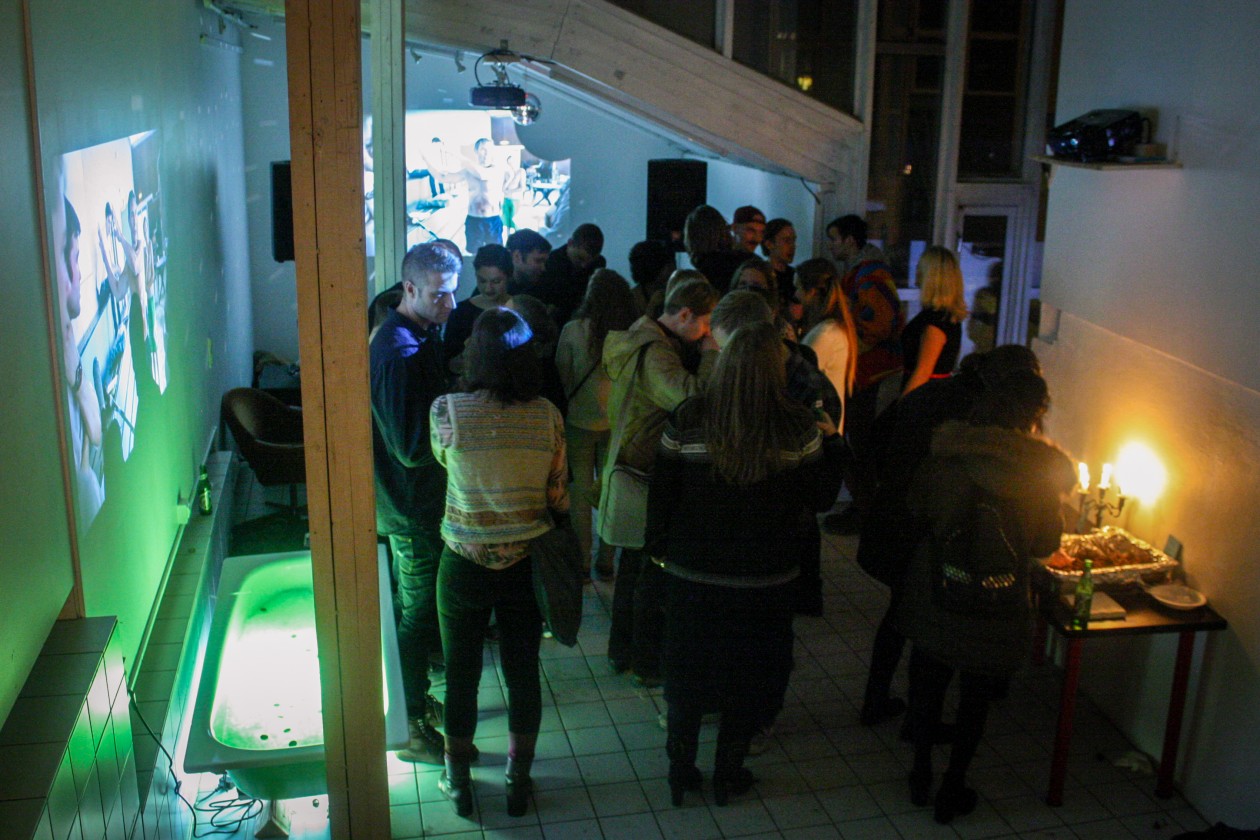 “A BIG WORD SEEKS ITS PLACE”

It wasn’t until much later that I became aware of how reducing a whole vast area down to one word was, in fact, problematic. And that my own childhood imaginings of the region were not dissimilar to those that had caused (and continue to cause) many of the problems experienced there today. It was, after all, early explorers who, romanticising the Arctic, acted as the harbingers of mass-assimilation,subjugation and later appropriation. People from the South brought us striking images of an icy, barren, limitless landscape filled with the wonders and wilderness of nature. And we didn’t question them. In fact, I adored those images and kept them in mind for a long time. The North has long seemed like ‘virgin’ territory to people who weren’t from there – the same way Europeans looked to the American continent at the time Columbus ‘discovered’ it. The South sent missionaries, commercial whalers and is now sending its oil and gas giants. Because, the assumption seems to be, an untouched world is for the taking.

Looking back, I too wanted to steal a piece of the place for myself. And eventually, in a small way, I did. I couldn’t deny my 8 year old self her dream of going fishing. So, at 22, my life’s ambition was fulfilled. Having caught myself a sizeable king salmon in a creek by Kachemak Bay, I was sat cooking it – ‘fish-on-a-stick’ style – under a clear sky with my friend Sean Gallagher (the exceptionally talented Inupiat artist and carver). Sean had shown me how best to weave the twigs through the flesh and prop it right beside the fire. This reminded me of the way that my father and grandfather would have prepared and eaten fish they’d caught — masgouf style. I began to feel the whole scene was somehow much more familiar than I’d expected. I was enjoying listening, sharing, connecting – through the mundane detail of everyday life.

Over the years, the more time I have spent in the High North and the more I have learned of the populations  who call it their home, the more it disturbs me that this vast region, and all within it, is now systematically being portrayed as little more than a setting, a visual metaphor, for Climate Chaos. The ‘Arctic’ was being mentioned in a manner which reminded me of the coverage of my own place of origin. Iraq had become, in mainstream discourse, a war zone – nothing more, nothing less. And I have come to see that generalising and silencing through narratives of victimisation is its own form of violence. Without understanding a place and its people it becomes so much easier to dehumanise – and so to devastate. By ignoring and/or appropriating people’s voices you remove from them the right to their own forms of resistance. So, for all talk of our desire to ‘save the Arctic’, I often worry that we have only enabled it to become more or less dispensable.

We know that the ice is melting, the oil companies are exploring and the governments vying over shipping lanes. Yet we hear little of the people, the culture, the myriad of voices and traditions of the High North. We are reducing a massive and culturally rich region of our planet down to statistics (“A recent study found that the Arctic sea ice had thinned by 65% between 1975 and 2012” – BBC News), cliched symbols (such as afflicted polar bears – “Polar bears are forced to raid seabird nests as Arctic sea ice melts” – Daily Mail, igloos and winter safaris) and scare stories riddled with offensive generalisations*. This is particularly easily done, because “Arctic”, to Southern ears, had long been synonymous with barren and hostile wilderness made up of only ice, and dotted with polar bears (albeit in dwindling amounts/numbers). The Arctic has been mythologised: made to seem as mystically unreal as the colours in the pictures we take of it.

[*For example: “The Arctic is one of the world’s least explored and last wild places. Even the names of its seas and rivers are unfamiliar, though many are vast. […] In the whole of the Arctic – roughly defined as the Arctic Circle and a narrow margin to the south – there are barely 4m people, around half of whom live in a few cheerless post-Soviet cities such as Murmansk and Magadan. In most of the rest, including much of Siberia, northern Alaska, northern Canada, Greenland and northern Scandinavia, there is hardly anyone. Yet the region is anything but inviolate.” – The Economist]

This all becomes sticky territory when you go around a place like Tromsø announcing that you want to put on an “Arctic Festival” in the UK. How does one do that exactly, without falling into the same old traps of generalisation, objectification and romanticisation? I suppose that, just as I did with my 8 year old self, I am going to allow myself the benefit of the doubt. We are arguably all held hostage by the words and constructs available to us. The desire to pick them apart has got to be a start.

So how do we define ‘Arctic’ then? I say maybe we don’t. Maybe, rather, we ask people – are you from the ‘Arctic’? What does that mean to you? What is your life like, what are your experiences? What would you like us to see? (How do you cook your fish?)

I understand that in times of crises (and the climate crisis is very real indeed) it might seem a frivolous undertaking to seek out art and culture. But uncovering all that variety and creativity might be just what is needed to get a more differentiated understanding of what the arctic region is like. We should see that the Arctic is more than just oil and ice. It has sassy Inuk storytellers, Sami rappers, Elvis-impersonating walrus hunters, circus-performing youth workers, jojking environmental agitators. Even Palestinian filmmakers.

Joar had been impressively direct with me: “Why are you interested in us?”, he had asked with a sideways look and a sharp shrewdness commonly found in people who have received too much attention for the wrong reasons.

I replied as honestly as I could. I had just come to listen, I explained. To find the voices of the mundane and the frivolous. The lives and the passions, and the ways in which we might be able to relate.

He visibly softened. “I can show you some things you might like to include in your programme.” 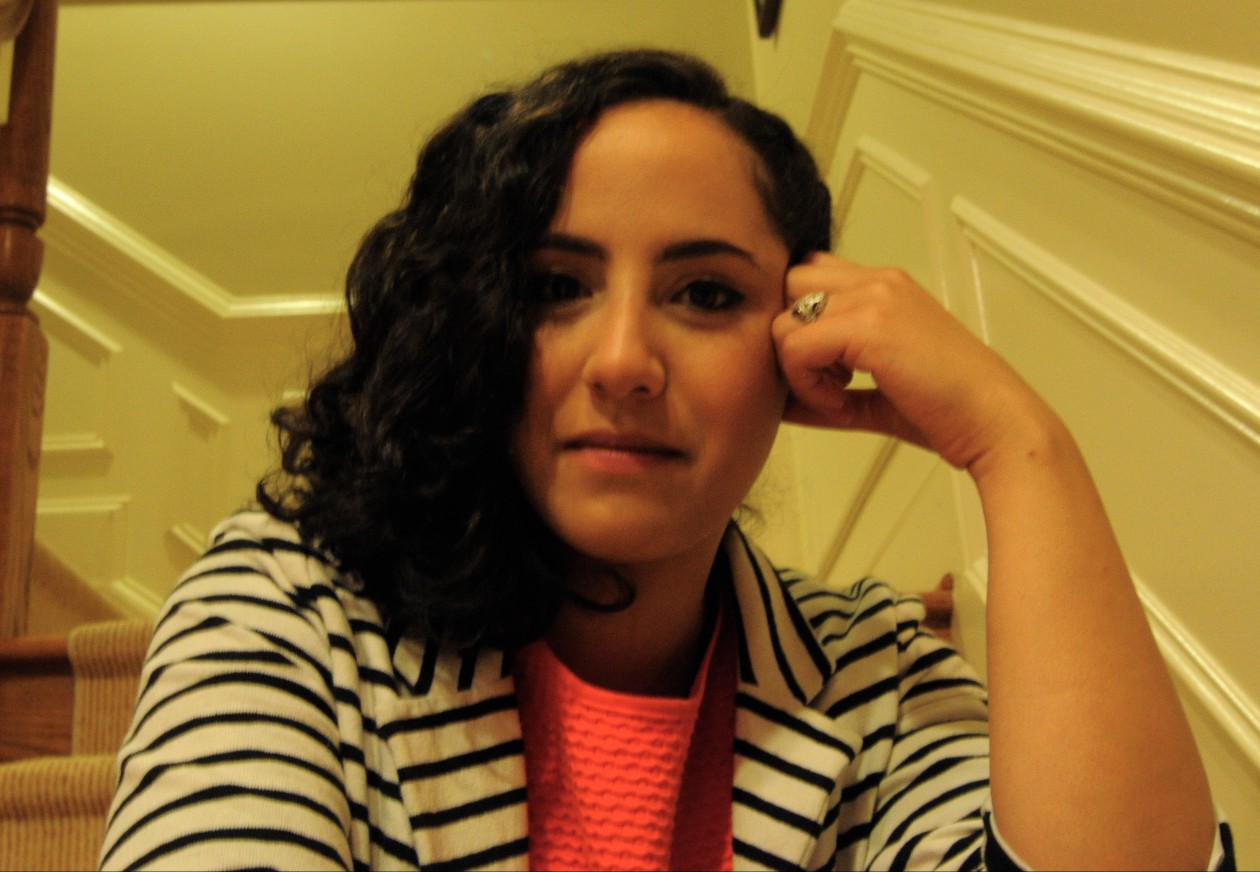 Yasmin Al–Hadithi is an Edinburgh-based documentary filmmaker. With a Masters in Visual Anthropology, her work has been screened at festivals internationally. She is co-founder of the artists’ research collective Castles Built in Sand and has worked as a tutor on several youth filmmaking programmes including for the Centre for the Moving Image (Scotland) and Longhouse Media (USA). Yasmin joined Highlight Arts in 2009 as film programmer and Iraq consultant. Her study at the University of Edinburgh focused on the Inupiat of Northern Alaska – with an emphasis on Inuit TEK (traditional ecological knowledge) and the history of the portrayal of Inuit people and culture in photography and film. She is Co-Director for Highlight Arts’ Highlight Arctic project.