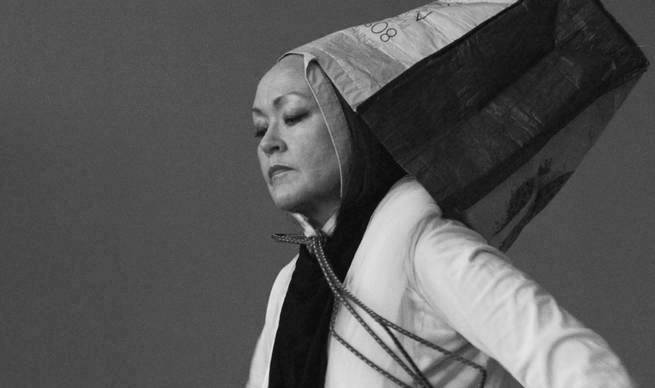 Jessie Kleemann is a visual artist, poet and performance artist from Upernavik in Northern Greenland.

Kleemann works with traditional and contemporary Inuit themes, mixing video/film, music, poetry and dance. With an established international reputation, she is renown for her provocative performance art, in which she has developed a form of ‘body art’ based on ancient masque performances, with themes of heritage, land and myth. She writes and performs in her mother tongue (kalaallisut), Danish and English. Her first independent poetry collection was Taallat. Digte. Poems, 1997.