The first edition of Highlight Arctic’s youth film exchange, Breaking the Ice, had its grand finale in June 2018 with a film screening at Midnight Sun Film Festival.

This was the big moment for the 2018 participants of Highlight Arctic‘s pioneering new film exchange project, Breaking the Ice – a screening and presentation at the 33rd Midnight Sun Film Festival in Sodankylä, Finland!

Two groups of budding young filmmakers from high schools in Finland and Scotland had been working hard all spring exchanging short films with each other about themselves and their lives. Through the medium of film, they shared the themes and concerns that mattered to them – such as school bullying and worries about the impact of climate change.

You can see the individual films made by participants on our BREAKING THE ICE CHANNEL.

The short films were then edited into a single, longer ‘conversation-film‘, and presented to the festival audience – giving the participants a chance to share the fruits of their labour and their vision with the wider public. The group from Sodankylä were there in person for a post-screening Q&A, together with a video message from the Kilmarnock group to the audience.

The project was very well received both in Finland and Scotland by participants and audiences alike. We’re looking forward to developing the project with a new round of participants in 2019. Watch this space! 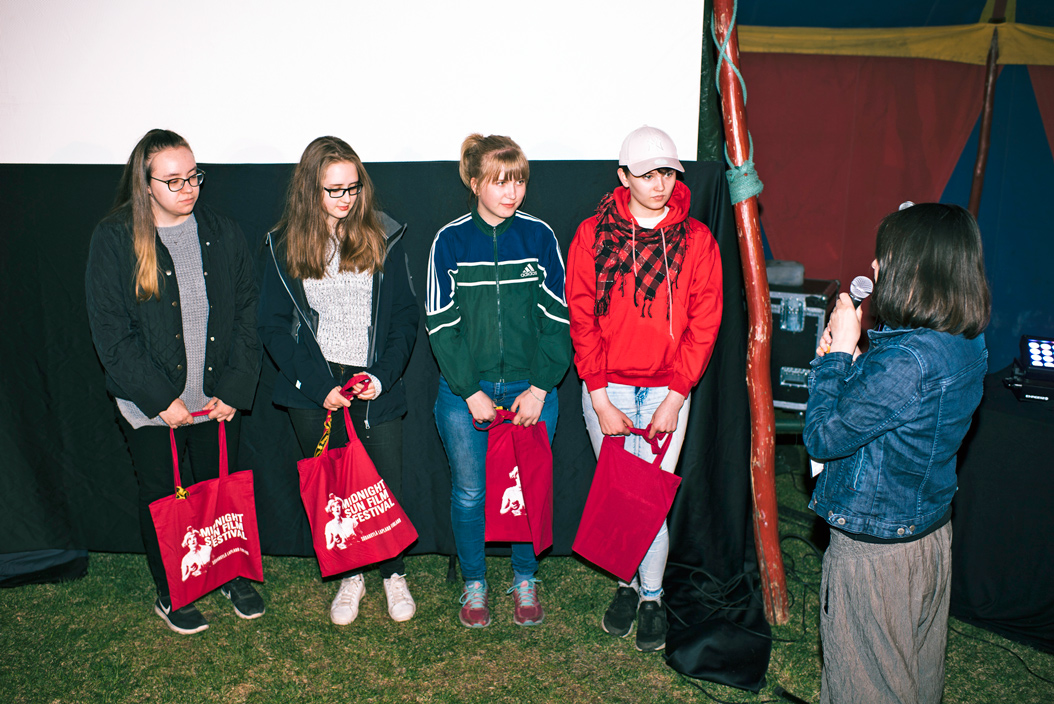 For more information and project materials, visit the Breaking the Ice blog-site.

“I really enjoyed trying something new. It was great to work with my friends, we all brought different content into the project And it was amazing to see what it is like in Scotland, and how their films differed from ours. We were also able to explore more in depth the themes of the project and think about their meaning for ourselves and our context. We learned a lot of new skills and practiced how to collaborate better.” – Project participant

“I learned to work better to a deadline, and the project and its themes were interesting. The last of the films dealt with climate change and its consequences. Filming this sequence in Tähtelä (Arctic Research Centre) was interesting and it is a topic that touches all our friends, our school and the whole world.” – Project participant

“The project has been a worthwhile and engaging experiment, and rewarding as a introduction into themes of global citizenship” – Elina Ylitepsa, Art Teacher, Aleksanteri Kena School, Sodankylä, Finland

“It honestly was one of the major highlights of the last year for me.” – Heather Kirkwood, Film Club Leader, St. Joseph’s Academy, Kilmarnock, Scotland.

Call of the North is voted Best of the Fest!