Syria on the Road: Stories of Conflict, Migration and Place

Syria on the Road: Stories of Conflict, Migration and Place is a partnership film programme comprising Counterpoints Arts’ Learning Lab, Highlight Arts, RHUL, Outgrain, British Council and the Phoenix Cinema, Leicester as part of the 2015 Platforma Festival . Syria on the Road runs in cooperation with the Syria Mobile Phone Film Festival. 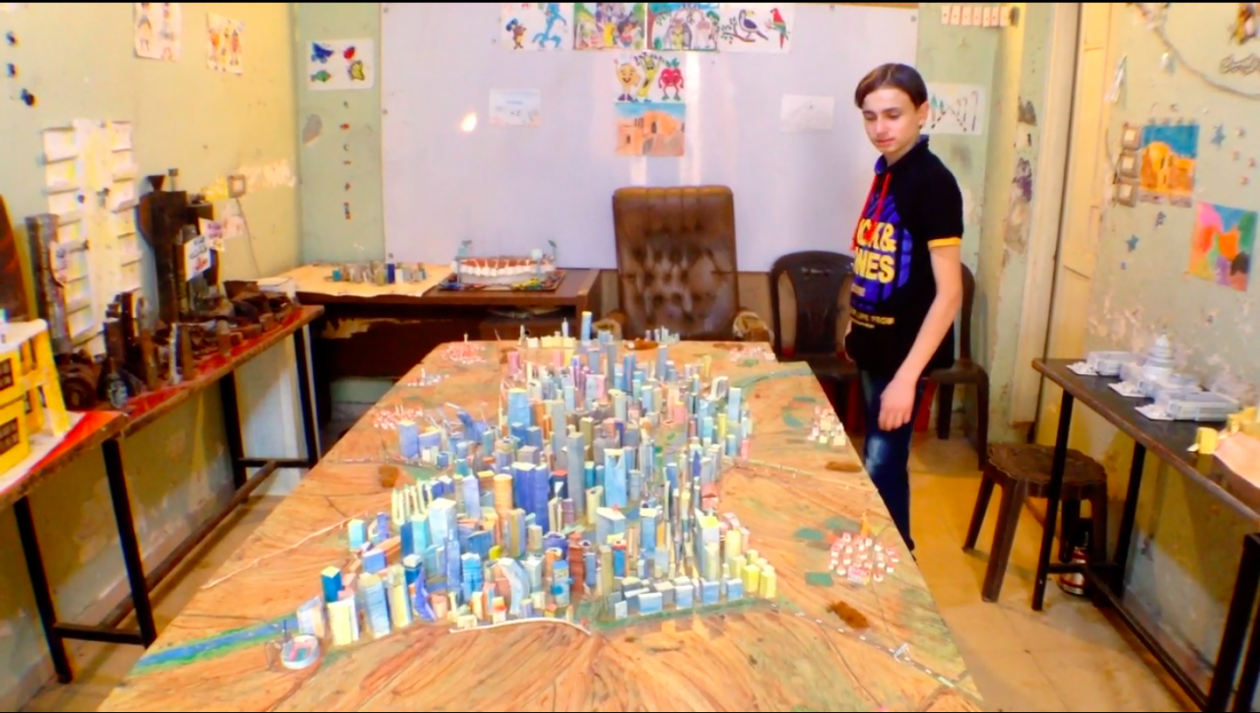 The Architect – by Mujahid Attar

Producing films is so much slower than humanitarian intervention or news. So why do it?

This day long film event focuses on the changing nature of screen storytelling and film production in the context of the Syrian civil war. What motivates screenwriters, filmmakers and producers to engage in creative storytelling in the middle of a violent conflict? Or when experiencing and/or witnessing dramatic human displacement? What are the new methods of capturing and re-imagining stories of everyday life for people and places undergoing transition because of conflict?

Join us for Workshops 1 and 2 below and/or attend the evening screenings of ‘Queens of Syria’ by Yasmin Fedda (2014) and ‘On the Bride’s Side’ by Antonio Augugliaro, Gabriele Del Grande and Khaled Soliman Al Nassiry (2014). The evening screenings will take place at the Phoenix Cinema and Art Centre, 4 Midland St, Leicester.

“Reality from behind the camera is very different. Maybe this is the thing that is making me do this film. Because the real world is harsher and uglier. That is why I keep filming.” Reem Karssli – Director, Everyday, Everyday

The current civil war and scale of human displacement in Syria is one of the most YouTubed of conflicts. Despite Syria being a media-controlled territory before 2011, filmmakers, creative storytellers, journalists and eyewitnesses have against great odds produced and communicated extraordinarily moving screen stories.

This workshop focuses on films made in or about Syria, exploring the notion of ‘home’ through the lens of first and second-time filmmakers. We will look at films produced within and against the backdrop of the civil war, discussing recurring themes that filmmakers have grappled with and their filmmaking language and approach. We will screen clips from films using low-budget mobile technologies that are reaching local and global audiences through social media, including entries from Syria’s Mobile Phone Film Festival 2015.

Place-making and ‘home’ though film; film in conflict; Syria captured through a particular lens; creating a vision of a place through film; displacement; violence versus non-violence.

What kind of storytelling matters? What equipment matters? What different form or process does it take to make these films; Are they reactions to a situation or the emergence of a new aesthetic?

There is an emerging body of screen stories dealing with the realities of forced migration and displacement – of literally being ‘on the road’. Stories produced as a result of living within conflict zones or imagined and mediated across borders and communicated instantaneously through the internet. The distribution of these stories is a form of political action, since they are urgent and demand to be seen by local and global audiences.

This is a practical workshop focusing on the development of screen stories from the perspective of what it might mean to be ‘on the road’. We invite workshop participants to bring an object or an image to work with as part of the storytelling process.

We invite you to imagine the following:

What are the objects that you might take with you? What one thing would you grab as you run out the door? What might you value the most on your journey?

Participants will develop a short story idea that explores a particular journey and its internal and external conflicts.

We conclude the day with screenings and public discussions at the Phoenix Cinema and Art Centre, 4 Midland St, Leicester. Full details and booking (including special £10 double-bill ticket): www.phoenix.org.uk/event/syria-on-the-road-stories-of-conflict-migration-and-place/

A documentary film and an irreverent political act, On the Bride’s Side is a visionary project about war, borders, civil disobedience, and the fantastical journey of five Syrian and Palestinian refugees from Milan to Stockholm. An incredible venture funded, distributed, and publicised by word of mouth across Europe, the film boldly recasts the Mediterranean Sea and Europe from a graveyard of its travellers to a space of possibility.

Whilst the conflict in Syria continues and thousands have been displaced, Yasmin Fedda’s powerful documentary ‘Queens of Syria’ follows a group of women living in exile in Jordan as they prepare to perform Euripedes’ tragedy, The Trojan Woman. Though separated by two thousand years and more, the uprooting, the enslavement and the bereavement suffered by the fictional queens of Ancient Greece mirrors the modern suffering of these ordinary, yet extraordinary women.