Love (Overdrive) in the Air 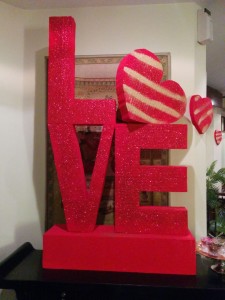 On February 14th we awoke to find that Lahore had gone Valentine’s Day crazy. Throughout the city we found flowers, heart shaped balloons and a general notion that love was in the air. Lahore feels like a love-filled place most of the time, so for this day it felt like love-fuelled-over-drive! The project coordinators Ali Kamran, Ryan Van Winkle and Dan Gorman went out for a dinner meeting which turned all the more romantic when we were each presented with a single red (pity) rose from the waitress.

On February 15th the project began, as the artists met for the first time. Kate Leiper (illustrator) & Ian Stephen (storyteller) arrived a little bit winded from the long journey from Glasgow to Lahore, but ready to roll their sleeves up and start working on their collaborations with Mehreen Fatima (illustrator) & Mujhaid Esha (storyteller) who live in the city.

They’re working together on sharing and illustrating legends, lies, & fabled delights from the Scottish islands to the Pakistani mountains, in a partnership between Sang-e-Meel publishers and Highlight Arts, with support from British Council and Edinburgh International Book Festival. The newly created work will then be presented in an event at the Lahore Literary Festival in February 2016 and at the Edinburgh International Book Festival in August 2016.

We met for a delicious Desi lunch at Pakistan’s largest Urdu publisher – Sang e Meel – and got to know each other’s style and stories. The sartorial elegance of Mujhaid was clear from our first handshake and we later discovered he never wears the same jacket twice in a row.

‘Seeing two storytellers meet for the first time is deeply humbling,’ said project co-ordinator Dan Gorman, ‘Turns out – I’m not that interesting. These guys have way more stories than I do.’

Over the years we’ve had the pleasure of watching musicians and artists and filmmakers come together and it is alsways fascinating to see how one’s art and practice is a kind of common language. Mehreen and Kate discussed miniature paintings and methods of collage while Mujahid and Ian talked about how portable storytelling is as an art form. No need for books, props or anything other than a memory and a voice.

By the end of our second meeting on 16 February all the participants had decided what shape our performance would take. It will involve illustrated scrolls and stories from Scotland & Pakistan which are connected via familiar tropes (for instance – witches and fantastical creatures are prevalent in the folk tales of both lands). While each of our own experiences are unique and individual – the stories we share to illustrate overcoming adversity or to celebrate cleverness or to warn us away from being wicked are often – at heart – the same. We could tell you more but we don’t want to spoil the surprise.

So, instead – how about watching some Kites fly above the rooftops of Lahore.

Kites of Lahore from the @sangemeel rooftop.